Perseverance. No visible results. Twenty-five years. How long could you endure? When would frustration overtake your faith? And was this a word God intended for me?

Recently I visited the area headquarters for an missions organization sending humanitarian workers to indigenous people in Mexico. Paper banners hung along the walls of a large multi-purpose room. One color indicated New Testament translations completed, one color indicated translations underway, and just a few of a third color targeted languages remaining to have Bible translation underway. Those weren’t just banners; those were life stories, joys, tears, sacrifice, illnesses overcome, dangers faced, loneliness for families far away, children growing up isolated from their home culture and friends and extended families, miracles, healings, minds given the gift of literacy, the good news of Jesus planted in hearts and lives, a chronicle of lives invested over decades to bring hope, vision, humanitarian aid, and God’s word in their own heart language to how many hundreds of thousands of people.

If we were there, doing their work, pushing through, going without, threatened by local shamans and witch doctors, how long would we persevere before we saw “results”? One man asked that after 25 years of his and his wife’s befriending, helping, giving into lives in the village, learning the language and writing book after book of the Bible to give the villagers the hope of Jesus. Though they’d made friends in the village and the people truly appreciated all they had sacrificed and given, twenty-five years passed and not a single person accepted Jesus as Lord. The local witch doctor had over the years threatened the villagers that, if anyone embraced Jesus, he would put a spell of death upon them.

Had all their work been for nothing? I know I’d be asking that question, ready to pack up my family and belongings and head home deep in doubt that God had actually called me to that work. Deep in confusion and nearing despair, one day the man experienced a vivid dream. He was standing in front of a large boulder, and a hammer lay on the ground. An angel walked up to the man and told him, “God wants you to strike the rock.” Obediently the man began hammering away at the hard rock. he hammered, and hammered, and hammered, and hammered. Not a single chip flaked off the rock, not a single crack appeared in the hard, resistant surface. Tired and confused, the man put the hammer down.

Up walked the angel again, this time with a question. “What are you doing?”

The man poured out his exhausted frustration, saying “The rock won’t break!”

Then the angel kindly asked him a pointed question: “What did God tell you to do?”

“Strike the rock,” the man replied.

“God didn’t tell you to break the rock,” the angel explained simply. “He just asked you to strike it.”

Revelation and validation flashed into the weary man’s mind and spirit. He and his wife had done exactly what they were sent to do, regardless of the results they did or didn’t see!

They moved on to a neighboring village, and almost immediately, people began accepting Jesus as their Lord. What in the world was the difference, the couple wondered?  Villagers explained matter-of-factly, “We aren’t under the power of their witch doctor. He can’t put a curse on us!” So many came to Christ that a church was planted in the second village. Not long after, the witch doctor in the neighboring village died, and Christians from the second village came to the of the first and led them to faith in Jesus, planting a church there as well. What truly did all their years of love and labor invested in that first village do? Make the rock ready to crumble at just the right time!

How many of my prayers seem to have gone unheard and unanswered? Is it possible that God has asked me simply to “Strike the rock”?  Are my fervent prayers truly more effective than I know, than I see now?

Then Jesus told his disciples a parable to show them that they should always pray and not give up. He said: “In a certain town there was a judge who neither feared God nor cared what people thought. And there was a widow in that town who kept coming to him with the plea, ‘Grant me justice against my adversary.’

“For some time he refused. But finally he said to himself, ‘Even though I don’t fear God or care what people think, yet because this widow keeps bothering me, I will see that she gets justice, so that she won’t eventually come and attack me!’”

And the Lord said, “Listen to what the unjust judge says. And will not God bring about justice for his chosen ones, who cry out to him day and night? Will he keep putting them off? I tell you, he will see that they get justice, and quickly. However, when the Son of Man comes, will he find faith on the earth?” Luke 18:1-8 NIV

Make sure that nobody pays back wrong for wrong, but always strive to do what is good for each other and for everyone else. Always, pray continually, give thanks in all circumstances; for this is God’s will for you in Christ Jesus. 1 Thessalonians 5:16-18

Let us not become weary in doing good, for at the proper time we will reap a harvest if we do not give up. Galatians 6:9

I’ve thrown my hammer down in exhaustion and frustration more than once, and I know I’ve lost some blessings out of sheer sorrow in not seeing results. What blessing did I miss? What did I give up? How about you? What good are you weary of doing? Um, okay … has anyone seen my hammer? 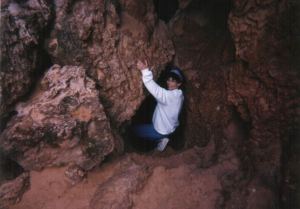