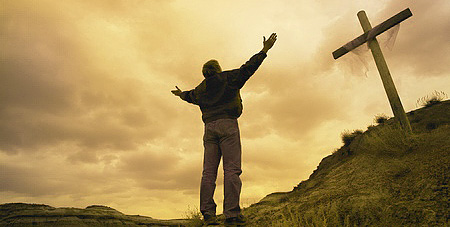 If you’re as far over the hill as people might think I am, you vividly remember and can sing along with the passionate strains of Frank Sinatra in what we then saw as a profound statement of personal validation (remember, this was 1969 and the full bloom of Flower Power, the Feminist Movement, anti-war protests, “ban the bra,” and other  anti-establishment movements). Decades and lots of water under the bridge later, after the fall of the Berlin Wall but facing even greater threats in our world, I now see this as a proud statement of self-interest, self-promotion,  standing on top of anyone who gets in your way, and what could be the theme song of the expanding membership of the Narcissists ‘R” Us Club. For the fun of it – and these aren’t all the verses of the song – count how many times you see the words “I” and “my” in the verses below:

“Regrets, I’ve had a few;
But then again, too few to mention.
I did what I had to do
And saw it through without exemption.

I planned each charted course;
Each careful step along the byway,
And more, much more than this,
I did it my way.To think I did all that;
And may I say – not in a shy way,
“Oh no, oh no not me,
I did it my way”.

For what is a man, what has he got?
If not himself, then he has naught.
To say the things he truly feels;
And not the words of one who kneels.
The record shows I took the blows –
And did it my way!

Do nothing out of selfish ambition or vain conceit. Rather, in humility value others above yourselves, not looking to your own interests but each of you to the interests of the others. In your relationships with one another, have the same mindset as Christ Jesus: Who, being in very nature[a] God, did not consider equality with God something to be used to his own advantage;  rather, he made himself nothing by taking the very nature of a servant, being made in human likeness. And being found in appearance as a man, he humbled himself by becoming obedient to death— even death on a cross!

Philippians 2:3-8 NIV  Paul (formerly known as Saul of Tarsus) _______________________
A man’s pride will bring him low, But a humble spirit will obtain honor.
Proverbs 29: 23 King Solomon __________________________________
A man’s pride will bring him low, But a humble spirit will obtain honor…Draw near to God, and He will draw near to you …Grieve, mourn, and weep. Turn your laughter to mourning, and your joy to gloom. Humble yourselves before the Lord, and He will exalt you.
James 4: 6, 9-10 NIV James the Apostle_______________________________
They are blessed who are ·humble [meek; gentle],
for ·the whole earth will be theirs [they shall inherit the earth;Ps. 37:11].
6 They are blessed who hunger and thirst after ·justice[righteousness],
for they will be ·satisfied [filled].
7 They are blessed who show mercy to others,
for ·God will show mercy to them [ they will be shown mercy;the passive verb implies God as subject].
Matthew 5: 5-7 EXB  Jesus of Nazareth, (also known  as Redeemer, Son of God, Lord of Lords) _____________________________________
IF  My people who are called by My name humble themselves and pray and seek My face and turn from their wicked ways, then I will hear from heaven, will forgive their sin and will heal their land.
2 Chronicles 7:14 NIV God Almighty (also known as Adonai, Everlasting God, Creator)
_____________________________________________
Hmmm…. Comparison?
And a BIG caution here to myself to avoid this easy-to-slip-into trap: I can’t ever think I can be proud of my humility, because then my humility is really thinly disguised pride. A better theme song for me to sing is the one that goes:
“Forbid it, Lord, that I should boast, save in the cross of Christ, my God. All the vain things that charm me most, I sacrifice them to His blood.”
https://youtu.be/D-mKnY2HMXg
It is because of Him that you are in Christ Jesus, who has become for us wisdom from God: our righteousness, holiness, and redemption. 31 Therefore,as it is written: “Let him who boasts boast in the Lord.” 1 Corinthians 1:31 NIV
…but let him who boasts boast of this, that he understands and knows Me, that I am the LORD who exercises lovingkindness, justice and righteousness on earth; for I delight in these things,” declares the LORD. Jeremiah 9:24 NIV
Sigh, what a fine line I/we need to walk, remembering Whose we are first and Who gave us that position, knowing that nothing I’ve/we’ve ever done can make me/us righteous before a Holy, Pure, Righteous God. I freely admit here that I’ve fallen into the trap of “Maybe I can help you, God ….” My motives going in were right, but some of the dumb things I’ve done certainly did nothing to advance “YOUR Kingdom come, YOUR will be done on Earth as it is in Heaven.”  I don’t adhere to those who lash their own backs to show repentance, because to me, that’s just more making it about ME, about what I can do to atone for myself.  I’m simply saying that God forgives when we truly repent, wipes the slate clean, and gives us chance after chance to let Him be God and us simply reflect Him. THAT is our business, not “I did it my way,” but “I did it HIS way.”

Remember my affliction and my wanderings,
the wormwood and the gall!
My soul continually remembers it
and is bowed down within me.
But this I call to mind,
and therefore I have hope:

The steadfast love of the Lord never ceases;[a]
his mercies never come to an end;
they are new every morning;
great is your faithfulness.
“The Lord is my portion,” says my soul,
“therefore I will hope in him.” Lamentations 3:19-24 ESV

Oh, ouch, that means lifting my paddle out of the water and letting Jesus steer the canoe, because He knows the better way to go. A complete stranger, Don,  gave me a powerful word from God several years ago that included these words:

I’m trying to bless you; you have to let me!

Stumble and fumble a paddle furiously as I’m often tempted, I get along much better when I sit down, shut up, hold on and LET GOD.  The song I’d like played at my funeral is this one by Robin Mark, one of my favorite Christian singers, with the caveat that it’s the way I WANT to live my life,  not the way I unfailingly did, and I pray Holy Spirit always leads me to and in God’s way, even if I trip and stumble and pull hard on His hand in the wrong direction. Count the number of you’s and your’s, you’ve and you’re’s  in the lyrics:

When it’s all been said and done
There is just one thing that matters
Did I do my best to live for truth?
Did I live my life for you?

Lord, your mercy is so great
That you look beyond our weakness
Finding purest gold in miry clay
Turning sinners into saints

I will always sing your praise
Here on earth and ever after
For you’ve showed me Heaven’s  my true home
When it’s all been said and done
You’re my life when life is gone.

If I could re-write Sinatra’s song,

For what is a (wo)man, what has (s)he got?
If not Jesus, then (s)he has naught.
To say the things (s)he truly feels;
And lift God’s praise as one who kneels.
The record shows Christ took the blows –
I’ll do it HIS way!