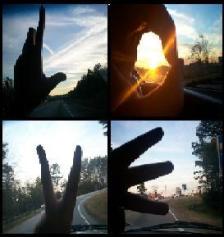 I’m reposting this from four years ago, on another Palm Sunday, because I need the reminder and you may, too, so that we don’t take Jesus’ sacrifice and this Holy Week for granted or make it less than the monumental move of God’s incomprehensibly great mercy, grace and untiring love that it was and will always be. That Almighty God not only puts up with us, but gave Himself bring us back into living relationship with him through the costliest offering ever made makes me fall on my face again, just as I did in  the teachers’ workroom where I came upon Vy Canis Majoris and it threw me to the floor,  and then in my living room where this thought exploded in me four years ago and put me on my face in totally sold out wonder and gratitude.  I admit fear of man threw me off track a month after this, but I come again to look to the ONE who’s kept me in the last four years despite my stumbling. THAT is the unmerited merciful GRACE OF GOD! 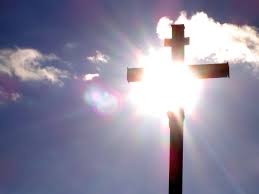 How I treasure those brief flashes of deep, gut insight that hit me much less frequently than I long for.  Do you know what I mean: times when you feel for a Nano-second that you’ve touched a deep truth about God, and you wish with everything in you that it would engulf you so you could immerse yourself in its power? Frustratingly, those moments never linger long enough.

The latest one that grazed my consciousness on Palm Sunday, March 24th, entered the orbit of my subconscious during the week before as I searched YouTube for some exciting video and information about relative sizes of objects in space for the third grade class I assist in. Some facts about VY Canis Majoris absolutely astounded me: a red hypergiant, it’s one of the largest stars we know of, with a diameter of 1,227,000,000 miles (that’s billion, if you don’t want to count the place value yourself), or 1,975,000,000 kilometers.

To give you a better sense of that immensity, if VY Canis Majoris was at the center of our solar system, its surface would extend at least beyond the orbit of Jupiter, and perhaps as far as the orbit of Saturn. What grabbed my attention in the video was the comment that if you could fly in a jet at 900 miles per hour, it would take you over 1,000 years to fly around the star! It’s so distant that the light of VY Canis Majoris takes 3,9000 years to reach us.

I sat in bed at 5 a.m. that Sunday and tried to cold-start praise to the King of Kings as Holy Week began.  A realization rose slightly above the horizon of my consciousness: WHOSE blood bought me? WHOSE blood?  Yes, Jesus’ blood – that rolls of my tongue almost tritely sometimes – but WHAT blood is his?

“Where were you when I laid the earth’s foundation? . . . On what were its footings set, or who laid its cornerstone while the morning stars sang together and all the angels shouted for joy?”  Job 38:4, 7

“He determines the number of the stars and calls them each by name.” Psalm 147:4

The “gestalt” of VY Canis Major fused with these Bible verses and blazed into a whole much bigger than the sum of its parts. The Blood that bled for every speck of sin in my life coursed through the veins of THE ONE whose voice spoke the inferno of VY Canis Majoris into existence. THAT blood! The most precious fluid and outrageous gift in the universe because it was the Blood of the ONE who imagined, then spoke blood itself into being and who bound the vastness of himself within the confines of a completely human body to spill HIS blood instead of requiring mine.

And HE, PURE LOVE, PURE RIGHTEOUSNESS, PURE HOLINESS, PURE LORD OF ALL CREATION,  willingly gave it for me.

Oh, I wanted to grasp the enormity of that love in every cell of my body and neuron of my understanding!  Like a meteorite, infinite love tore through the atmosphere of my finite comprehension. Why in the world do I think I’m not loved? Why do we think we have to, or ever could, earn that love? And engulfed by that love, why in the universe am I ever afraid?

Even now I feel like I’m writing an ionic plasma breath of truth with hands and understanding of concrete, but O God, let me burn with that reality one day! Brand my heart with it now: I AM YOURS! YOU SOUGHT ME AND BOUGHT ME!

I WORSHIP, ADORE, PRAISE AND LOVE YOU!

(This is a slight departure from my usual style of post, but I’m so moved today by the sense that so many people, me included, truly need to feel God’s love for them individually. I hope you get a glimpse of the godly man my Dad was, and I hope you have your own fun with God through this post!)

Crickets chirped in the warm summer night as I looked upward, expectantly waiting for my father to do what I’d longingly waited for. He lifted the long black tube of his hand-built telescope off its mount and set it delicately down in the soft grass. Darkness draped over us like a shawl, made lacy with the bright and faint punctuations of myriads of stars. Stars and planets were the awe of the evening, but my delight was in what sometimes happened next. My father swooped down, scooped me up, planted me gently on the flat mount atop his tripod, and spun me around. I looked up at the heavens in complete bliss as the stars whirled around me, covered with wonder and embraced in my father’s love.

I don’t think Dad ever knew how much what to him must have seemed just spontaneous silliness meant to me. He must have enjoyed it, though, because he did it many times. My father wasn’t a man given to horseplay, merriment, or even much conversation. He surely must have said it while I was young – I think – but I don’t remember hearing him say the words “I love you” until I was nearly 30. I knew his love when I stood beside him at his bench in the garage as he helped me hammer nails into a board or click the Morse code key of his radio, or when I sat in his lap as he read the Sunday funnies to me. But I felt his love when he spun me around the stars.

Today, flat on my face on the floor, crying out to experience, to feel, the love of my heavenly Father, this whisper of a memory came to me. In the vastness of the throne room of Heaven, surrounded by angelic hosts, bathed in the unapproachable light of the glory of God, knowing full well it’s only because of Jesus, I have the audacity to ask God for what I’d love: for my Father to step down, scoop me up, plant me atop the mount of his hand-made “telescope” – which is probably his very own hand – and spin me around the stars, covered with wonder and embraced in my Father’s love.

I know, I know; we ought to have a holy reverential fear of God, and I do. But I have to wonder, does it delight God when his child longs for and has the faith to ask for a simple moment of a Father’s daddy-ness? When his children delight simply in him, in who he is, in his love? Delight pops up in many verses of scripture – so why do I feel guilty when I long to look for God’s love to delight me? I know my earthly Dad didn’t take offense when I wanted to enjoy something special and Dad-daughter with him. Hmmm . . .

“The LORD your God is with you, he is mighty to save. He will take great delight in you, he will quiet you with his love, he will rejoice over you with singing.” Zephaniah 3:17

“Delight yourself in the LORD and he will give you the desires of your heart.” Psalm 37:4

“How great is the love the Father has lavished on us, that we should be called children of God! And that is what we are!” 1 John 3:1

For now it’s a metaphor that brings me (and you too, I pray) peace and encouragement to ask God for experiences with him that delight my soul, but I also look forward expectantly to the day God my Father really does spin me around the stars!

Father God, sometimes I feel so far from your love, and I think often it’s my earthly perception of love based on flawed experience, coupled with lingering “God of judgment” attitudes about you, that hold me back from truly knowing your love. BUT I dare to believe you meant it when you told the apostle Paul that nothing – not even my flawed attitudes – can separate me from the love of God that is in Christ Jesus our Lord. (Romans 8: 38-39) So I have the faith-based audacity today to ask you to delight me with your love, show me some spontaneous fatherly ”silliness” that will mean the world to me, and help me delight, just purely delight, in you.